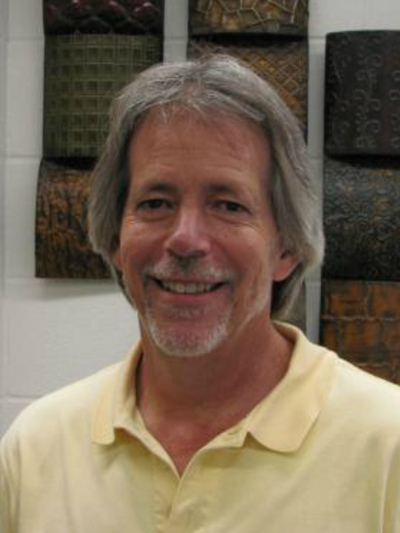 My laboratory is interested in the molecular biology of plant-infecting geminiviruses, and especially the regulation of viral gene expression and viral pathogenesis.  Current work is focused on characterizing host defenses directed against geminiviruses, including post-transcriptional gene silencing (PTGS) and transcriptional gene silencing (TGS) caused by methylation of viral chromatin, and how the geminivirus AL2 and L2 proteins counter these RNA silencing-based defenses.  We are also studying basal defenses conditioned by SnRK1 kinase, which are also countered by AL2 and L2.

Geminiviruses are important plant pathogens that cause devastating diseases of food and fiber crops worldwide, sometimes resulting in complete crop failure.  Unfortunately, for most crops resistant germplasm is limited and transgenic approaches to resistance have so far proved largely ineffective.  We are confident that a working knowledge of host defense and viral counter-defense interactions will inspire new strategies for the development of resistant plants.

Members of the Geminiviridae replicate small circular ssDNA genomes in the nucleus through dsDNA intermediates that associate with cellular histones to form minichromosomes.  These relatively simple viruses do not encode polymerases, and must recruit host machinery to express viral mRNAs and replicate viral DNA.  Thus, geminiviruses are valuable model systems for studying mechanisms and regulation of these processes.  In addition, because viral chromatin is formed de novo in infected cells, geminiviruses are also unique models to study pathways involved in the establishment of epigenetic marks, including cytosine methylation and histone post-translational modifications (PTMs).

Our work employs members of the Begomovirus genus, including Tomato golden mosaic virus (TGMV) and Cabbage leaf curl virus (CaLCuV), and the type member of the genus Curtovirus, Beet curly top virus (BCTV).  We are particularly interested in the AL2 protein (also called AC2) encoded by begomoviruses, and the related L2 protein (also called C2) found in curtoviruses.  Both AL2 and L2 are pathogenicity factors, and AL2 in addition is a transcription factor that activates the expression of viral genes needed late in infection, including capsid protein.

Viral chromatin methylation as an epigenetic defense against geminiviruses

We use geminiviruses as models to study small RNA-directed DNA and histone methylation in the model plant Arabidopsis thaliana.  Chromatin methylation is a fundamental epigenetic process that is usually repressive and results in chromatin compaction and transcriptional gene silencing (TGS).  Repressive methylation is important for proper regulation of gene expression during development, and also is critical for the control of endogenous invasive DNAs such as transposons.  It also leads to the establishment of heterochromatin.

Our work has shown that plants use repressive methylation to limit geminivirus replication and transcription, and that geminivirus AL2 and L2 proteins counter this defense by inhibiting methylation-mediated TGS.  One suppression mechanism relies on the ability of AL2 and L2 to bind and inactivate adenosine kinase (ADK), an enzyme that phosphorylates adenosine to produce AMP.  In addition to its role in adenosine salvage, ADK is also required for efficient production of the essential methyltransferase co-factor and methyl group donor, S-adenosyl methionine.

Current projects are focused on host EML proteins, which are "chromatin readers" that bind specific histone PTMs on viral chromatin.  We are also characterizing non-coding RNAs transcribed from geminivirus DNA by RNA polymerases IV, and V, which play important roles in establishing repressive DNA and histone methylation.  We are also using the multifunctional AL2 and L2 proteins to probe methylation pathways.

Host defenses mediated by SnRK1
We have shown that SnRK1 conditions a novel antiviral defense that is countered by viral AL2 and L2 proteins, which interact with and inactivate SnRK1.  Plant SnRK1 belongs to a family of highly conserved serine-threonine kinases that includes SNF1 in yeast and AMP activated protein kinase (AMPK) in mammals.  These kinases play key roles in the regulation of cellular energy homeostasis.  In response to stresses that deplete ATP, these enzymes inhibit energy consuming biosynthetic pathways and turn on alternative ATP-generating systems.  For example, SnRK1 phosphorylates and inactivates key enzymes that control steroid and isoprenoid biosynthesis, nitrogen assimilation for amino acid and nucleotide synthesis, and sucrose synthesis.  SnRK1 also induces extensive changes in the transcriptome that promote catabolism and inhibit anabolic pathways.  SnRK1 activity is sustained by elevated AMP levels which occur as a result of ATP depletion.  Interestingly, AMP is also generated by ADK activity, suggesting a connection between SnRK1 and ADK.  These enzymes are further linked by our findings that they interact in vivo, and that both SnRK1 and ADK are inhibited by viral AL2 and L2 proteins.

Current projects are investigating the possibility that SnRK1:ADK complexes are part of a signaling cascade that is activated by pathogen attack.  In addition, we are studying a novel mechanism that may allow SnRK1 to interfere with translation of viral proteins.