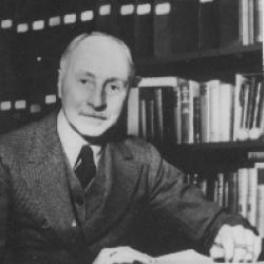 During his graduate years he participated in the early efforts to control wheat stem rust through the USDA barberry eradication program. His graduate research was devoted to some of the earliest studies of agriculture crop ecology, resulting in his publications Crop Centers of the U. S. and The Relation of Plant Succession to Crop Production. These investigations established some of the present day agricultural crop production principals.

During World War I, his professional contributions to increase food production were meritorious. At about this same time he was also involved in a flood control program in the Miami River Valley (Ohio) utilizing native grasses on the river banks and flood plain. In the early 1920s he participated in studies of the impact of air pollution from copper smelters on arid land crop production in the Salt Lake Basin.

Dr. Waller pursued postdoctoral studies at the Royal Botanical Gardens, Kew, England. He joined the staff of The Ohio State University Department of Botany in 1919. Always a devoted and inspiring teacher, he encouraged many of his students to pursue graduate studies in the sciences. Several of his former students attained national and international reputations. During his teaching career at the University he planned, developed and served as curator of the University Botanical Gardens for more than 15 years. (The gardens were in the area to the southwest of the Botany building on property now occupied by the Dental and Medical schools.)

He was a recognized authority on the hybridization and propagation of Iris. It was in his research fields immediately to the west of the Botany building that he undertook his genetic research. He was in outstanding field botanist and his field trips to Fairfield and Hocking counties were highlights for his students. In 1940 he located the previously unreported Iris christata in both Adams and Scioto counties. He published, authored and co-authored numerous publications including A Guide to Ohio Plants and an extensive series of papers dealing with the early Ohio botanists and geologists who also held medical degrees. Following his retirement he served as a consultant to the Columbus Laboratories of Battelle Memorial Institute for several years.

Dr. Waller's early investigations of Xenia in Maize led him in the 1930s to study the history and culture of the early Maya in Central America. His travels to that region enabled him to examine the cultural significance of the development of maize as a western hemisphere agricultural crop.

Make a donation to the A E Waller Memorial: https://www.giveto.osu.edu/makeagift/?fund=607541

View a list of past Waller Memorial Lecture speakers [pdf].