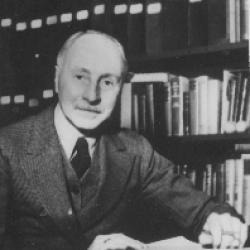 Dr. Pamela Ronald (Distinguished Professor, College of Agricultural and Environmental Sciences, University of California, Davis) presented both a Lay lecture entitled "Serving up Science: Plant Genetics and the Future of Food" and a technical lecture entitled The Plant Immune Response"

Dr. Ronald is known for engineering flood tolerant rice that is now grown by more than 6 million farmers around the world. Dr. Ronald is also well-known for her thoughtful contributions to public discourse on genetically-modified crops; her 2015 mainstage TED talk “The case for engineering our food” has been viewed nearly 2 million times and translated into 26 languages. Her talks eloquently addressed issues regarding genetic engineering of food crops, as well as examining the genetic basis for critical traits that we might want to engineer.

For 43 years, the Adolph E. Waller Memorial Lecture Series has provided a forum for leaders of plant science research to engage with the public on some of the most important issues in plant research. The Department thanks the Waller family for their ongoing support of the lecture series!