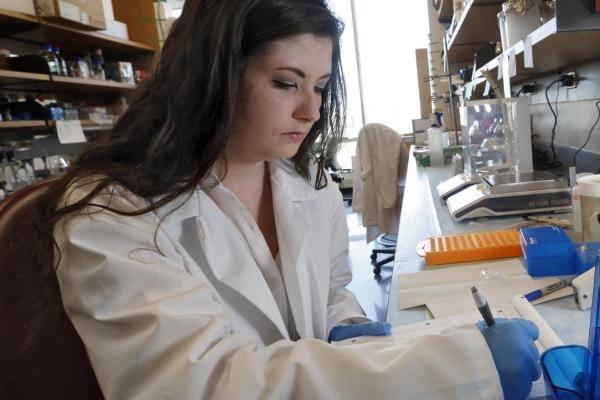 Description
2016 Molecular Genetics Graduate Jesse Crow was featured in a Columbus Dispatch article "Blue Jackets ‘Hats for Heroes’ patient now works as cancer researcher". Jesse first underwent chemotherapy at Nationwide Children's when she was five years old. She insists that even then, she knew she would someday be a cancer researcher herself. One year after graduating with a degree in Molecular Genetics, she is studying the causes and treatments of Ewing's Sarcoma in a lab at Nationwide Children's. You can hear her be interviewed about her journey at http://www.dispatch.com/news/20170416/blue-jackets-hats-for-heroes-patient-now-works-as-cancer-researcher.
The department is proud of her!
Share on Social Media