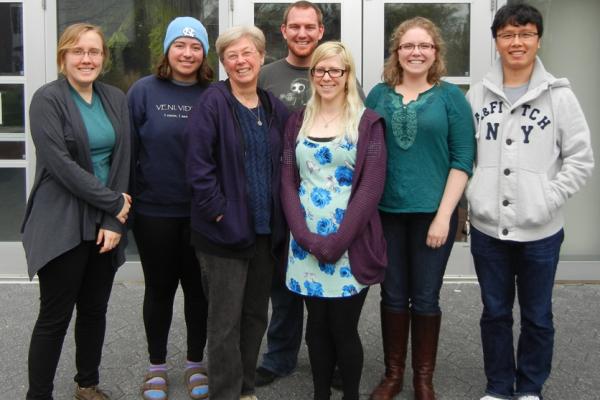 Congratulations to Iris Meier, whose grant entitled "Function and mechanism of action of plant-specific LINC complexes in pollen tube and guard cell biology” has been funded by the National Science Foundation for three years. This project explores the function of a new class of plant proteins that are involved in positioning the nucleus with the plant cell. Dr. Meier's lab will also explore the importance of nuclear position in the cells that control the opening and closing of apertures (stomata) in the leaf of the plant. Since these cells regulate the movement of carbon dioxide from the air into the plant, and the loss of water (as vapor) from plant leaves into the air, this work is expected to be of significance in the face of increasingly frequent climate events such as drought, temperature extremes and the rising levels of carbon dioxide in the earth's atmosphere.