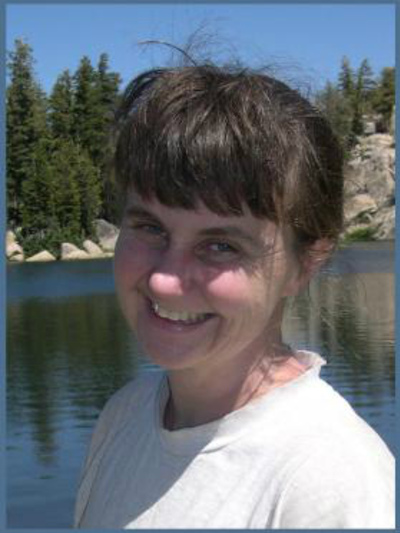 We are interested in how cells become sequentially determined to more precisely defined fates during vertebrate embryonic development, and how this process depends upon cell position and upon interactions among neighboring cells. To address these questions, we use genetics, molecular biology, time-lapse imaging, and embryology to investigate muscle patterning and segmentation in the zebrafish embryo.

Mesodermal patterning. The embryonic mesoderm is specified during gastrulation, with dorsal mesoderm becoming notochord, lateral mesoderm forming muscle, and ventral mesoderm becoming blood. We are characterizing the molecular and cellular events involved in patterning the gastrula mesoderm. Two T-box transcription factors, Spadetail (Spt) and No tail (Ntl)/Brachyury are required to specify specific mesodermal cell types, and together, the two T-box genes are required for development of all trunk and tail mesoderm. To understand how Spt and Ntl mediate mesodermal cell fate decisions, we have identified putative target genes using zebrafish microarrays, and are investigating the expression and function of putative targets, as well as characterizing regulatory regions that control their T-box-regulated expression. Intriguingly, several of the putative targets encode “cyclic” genes , implicating Spt and Ntl as important upstream regulators of the segmentation clock, a dynamic molecular oscillator with a periodicity equal to that of somite formation (30 minutes in the zebrafish).

Cellular interactions during somitogenesis. In addition to studying the dynamic cell behaviors that occur prior to segmentation, we also use a variety of approaches to study somitic cell behaviors during and after segmentation. To understand mutant phenotypes, and thus gene function, at the level of single cells, we are using time-lapse microscopy of wild-type and mutant embryos to observe cell-cell contacts and interactions occurring before, during, and after somites form. In zebrafish, the majority of somitic cells form muscle, and we have discovered that a small population of early-differentiating muscle cells induces the morphogenesis of their neighbors as they migrate through the somite to their final position. Currently, we are pursuing the molecular nature of the trigger.

Role of muscle-specific splicing in muscle function. In collaboration with the Conboy lab (LBNL), we have uncovered a critical role for Rbfox RNA-binding proteins in skeletal and cardiac muscle function. We have identified multiple genes with alternative exons whose splicing is altered in the absence of Rbfox function, and our knockdown experiments have shown that Rbox-deficient embryos, although quite normal by morphology, are completely paralyzed and have irregular and slow heartbeat. We are currently focusing on uncovering how the Rbfox-regulated muscle-splicing program creates specific isoforms critical for function and physiology of muscle.

Regulation of myogenic progenitor cells during regeneration and disease. Muscle stem cells, termed satellite cells, are critical for muscle regeneration after injury, and we and others are elucidating the molecular mechanisms regulating satellite cell maintenance, proliferation, and differentiation. We have found “satellite-like” myogenic progenitor cells in adult zebrafish skeletal muscle and are characterizing their proliferation and differentiation during muscle regeneration. Additionally, we are interested in identifying genes and pathways regulating satellite-like cells in healthy muscle tissue, after muscle injury, in zebrafish models of muscular dystrophy, and in muscle-derived cancers such as Rhabdomyosarcoma.