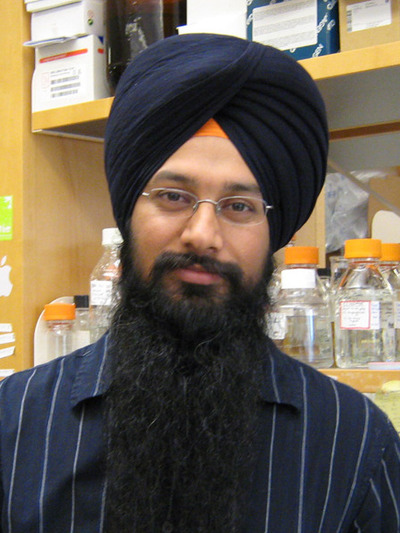 Research Interests
Every cell relies on precise and efficient gene expression.  Multiple layers of controls operate at transcriptional (DNA to RNA) and post-transcriptional (RNA to protein) levels to govern faithful expression of genes into proteins.  Much of the post-transcriptional fate of an mRNA rests in the hands of proteins that complex with RNA to form ribonucleoproteins (mRNPs).  mRNP assembly begins as early as the precursor-to-mRNA (pre-mRNA) is transcribed, and proceeds as pre-mRNA is sculpted into mRNA during several processing steps.  mRNPs continue to evolve throughout their lifetime, shedding proteins and acquiring others as they move from one cellular compartment to another and/or as they are acted upon by numerous macromolecular machines (e.g. the nuclear pore, the translating ribosome).  How these dynamic RNA-protein machineries assemble and function to control mRNA fate remains under intense investigation to fully understand the fidelity and accuracy of gene expression.  Utilizing experimental tools ranging from cutting-edge RNA-Seq based methods to more traditional yet ever-powerful biochemical and molecular approaches, we are investigating the following post-transcriptional phenomena in cell culture and whole animal models:

Highly motivated students at all levels who are excited to study post-transcriptional gene regulation in mammalian cells are welcome to join our team. Several exciting projects are available in experimental areas at the interface of traditional molecular/cellular biology, biochemistry and computational biology. In addition to the exposure to multi-disciplinary research, we strive to provide a training environment that fosters independent thinking and creativity. If you wish to join our team, please contact Guramrit Singh.