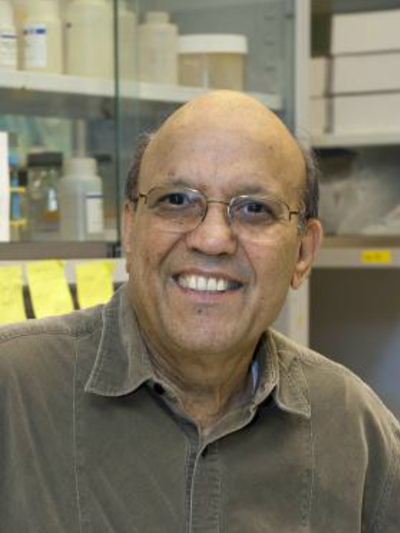 One of the research projects in my laboratory is aimed at understanding the mechanism involved in building the cell plate during cytokinesis in plant cells. The cell plate is built in the center of the phragmoplast, a microtubule held structure by fusion of Golgi-derived vesicles. While the homotypic fusion of small vesicles is likely to give rise to larger vesiclular structures, the vesicles at the cell plate fuse in a unique manner to give rise to a plate instead. This is apparently achieved by a recently identified protein in our laboratory, phragmoplastin, a homolog of dynamin. Phragmoplastin wraps around the vesicles to create dumbbell-shaped structures. A homotypic fusion of these structures is mediated by Knolle, a syntexin, and leads to the formation of a tubulovesicular network. This structure is filled by b-1,3 glucan (callose) which applies a sprea 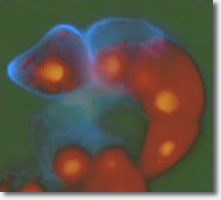 ding force that closes the holes in the tubular network and create a plate that grows from the center outwards. We have identified several partners of phragmoplastin which play roles in the organization and activation of the b-1-3 glucan synthase complex that begins de novo polysaccharide biosynthesis in this compartment. Since orientation and positioning of the cell plate is vital for plant organogenesis and architecture, particularly at the early stages of embryogenesis, understanding the steps involved in cell plate formation and the role of various players is essential. Finally, the existence of a family of phragmoplastin-like proteins suggests a wider role for this group of proteins in tubularization of membranes. Indeed, we have demonstrated that these proteins are targeted to different subcellular sites, suggesting a diverse role of this group of proteins. Using molecular, genetic and cellular fractionation approaches we plan to dissect the machinery involved in membrane fusion and in the triggering of callose biosynthesis during cell plate formation.

We are also studying the mechanism involved in osmotic stress regulation and osmoprotection in plants. The central question is how the stress signaling pathway is linked to the cell growth pathway. For this we have identified a plant TOR kinase that seems to act as a platform to integrate various stress signals and transduce them to respective effectors to control translation and transcription of specific genes involved in cell growth. This is a new area of study and holds significant potential for plant biology and biology at-large as this pathway controls cell growth in all eucaryotic organisms.